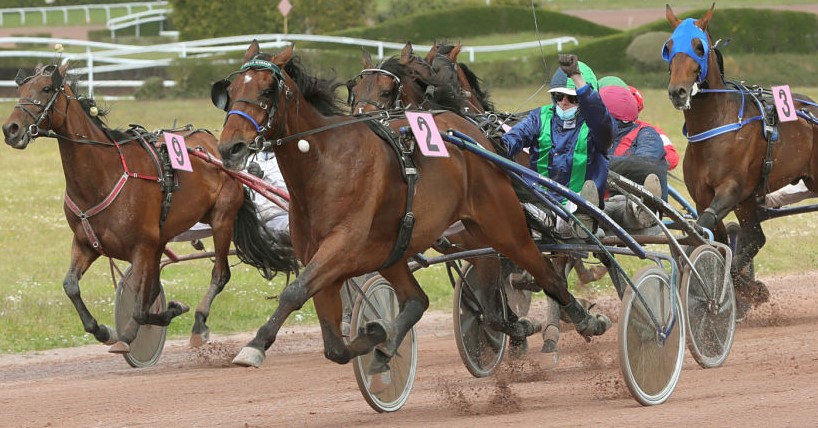 Trois-Rivieres – Samuel Fillion has emerged as a driving force in the driver’s colony at the Hippodrome 3R this season as he drove the 7-1 D J Power to an upset victory in the Preferred-Handicap Pace Friday afternoon.

Getting away in second place behind pacesetter Outlaw Turn N Burn (Francis Picard) after the start of the 4th race co-feature, Fillion knew he had to stay in place until the right moment. They went to the opening quarter mile in :28.1.

Still leading at the half mile marker in :58.3, Outlaw Turn N Burn faced his first challenge from Surf Report (Martin Gingras) who came first-over followed by the race favorite, Windsun Cheyenne (Pascal Berube), who was going for his third straight win in the top class at H3R.

Heading down the backstretch the final time, Outlaw Turn N Burn was still in command as Berube sent Windsun Cheyenne three-wide but had trouble getting by Surf Report at the three-quarters in 1:27.3. It was than that Fillion made his winning move.

Pulling from the pocket-trip approaching the final turn, Fillion took D J Power to the outside as Windsun Cheyenne was stalled three-wide. Fillion urge his pacer on and as they started down the stretch, D J Power had all the momentum he needed to get the job done. Winning by three-quarters of a length in 1:56.4 over Outlaw Turn N Burn and a late closing Brunos From Mars (Pierre Luc Roy) was third.

For D J Power, a nine-year-old gelded son of Major In Art, it was his third win this season, all at H3R for trainer and owner Jean Marc Roy of Mont-Joli. D J Power paid $17.40 to win. Fillion now has eight wins at H3R this meet. 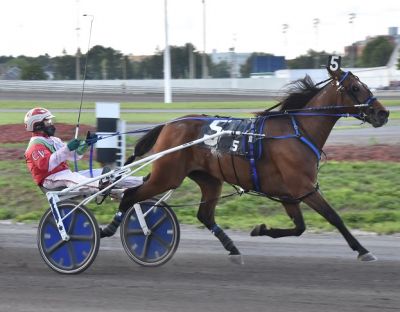 In the 5th race Preferred-Handicap Trot co-feature it was all Keepall from the very start. With regular pilot Carol Voyer in the sulky, Keepall left like a rocket and took early command of the race and was never headed, winning by one and one-quarter length in 1:59.2. Missionoftheheart (Stephane Gendron) tried two moves in coming after Keepall to no avail but held for second place with Lucky Promesses (Pascal Berube) third.

It was the second straight win and fourth of the season for Keepall. The six-year-old gelding by Angus Hall is trained by Sylvain Tremblay for owners the Alpha Stable and Gino Curadeau. He paid $3.60 to win as the betting favorite.

From the Quebec Jockey Club