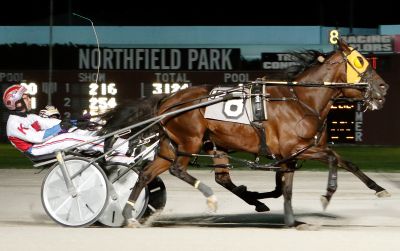 “I was just trying to get her around a few and then drop in,” explained Kakaley.

Drama Act found herself second-over through fractions of :55.4 and 1:23.3. Kakaley moved her three-wide in the final turn and she bested her competition by a head in 1:51.1.

“I moved her three-wide and she got the job done,” said Kakaley. “She is a really nice filly.” 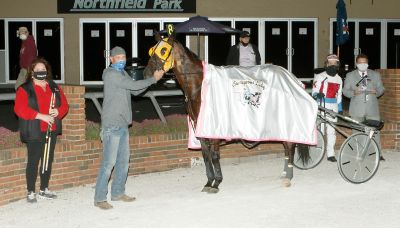 Mandy Jones scored in the 2020 Lady Driver’s Challenge. She piloted In Trouble Again home a winner from post-7 in 1:55.1. Mandy was dominate this summer in the Spring Haven Farm’s Lady Driving Series. The series is conducted at multiple Ohio county fairs. She also won the final of the series at the historic Delaware County Fair. Despite sporting a .533 UDRS this year, Saturday’s win mark’s Jones’ first win at a pari-mutuel racetrack.