A rough day at the office

Melbourne harness racing driver David Miles is nursing some nasty injuries and is some serious pain after a race fall at Maryborough yesterday, but he can still manage a laugh at his own expense.

“I found out that I don’t bounce like I used to!” Miles joked.

“And the worst of it is, I really think my horse might have been the winner, the way she was travelling,” he said.

Miles and another driver Richie Caruana received similar wrist injuries when their horses fell in an incident in the opening event.

Caruana was racing outside the leader in the final lap of the 3YO Maiden Pace with See You There when the filly broke, dislodging her driver.

Miles, driving Miss Tyler, was following, and the horse went off-stride when Miles tried to check away from the action.

Miles was then unseated when he was hit in the back by the horse trailing him, Madam Auckland, despite driver Michael Bellman’s desperate efforts to avoid the carnage.

Miles was taken to Bendigo hospital, while Caruana went to Ballarat for treatment where doctors decided to operate on his fractured wrist.

Miles said he was also likely to be booked in for surgery on multiple wrist fractures later in the week.

“They haven’t been able to operate on my wrist because of too much swelling. I also got concussion and I’m pretty much battered and bruised. And there’s a fair bit of pain going on,” he said.

“I didn’t realize that I’d got catapulted so far up the track until I was talking to the clerk of the course later that night. I was amazed when he said I ended up only about six or seven feet from the outside.

“My partner came to the hospital, and we were sent home about midnight. I’m waiting for a call from the surgeon and hopefully I get it fixed up on Friday.

“Our horse got out of it unscathed, but my wheels are absolutely wrecked.”

The Miles team’s staffer Jayden Barker rounded up the day in more positive fashion for the stable, with a winner and a second.

“That was fantastic. Dad rang me at eight o’clock that night to tell me. He wasn’t allowed to visit because of Covid.”

Miles is one of Victoria’s most respected drivers with more than 700 wins to his credit and said his previous serious race fall was 20 years ago.

“I was driving in the Sires Final in 2001 and copped a broken leg. I was out for four months on that occasion,” he said.

“We’re working about 25, and there’s a heap of young ones due to come back in again, so there’ll be some ducks and drakes about how to go from here, but the number will have to reduce a bit for a while now.”

How the drama unfolded at Maryborough in pictures: 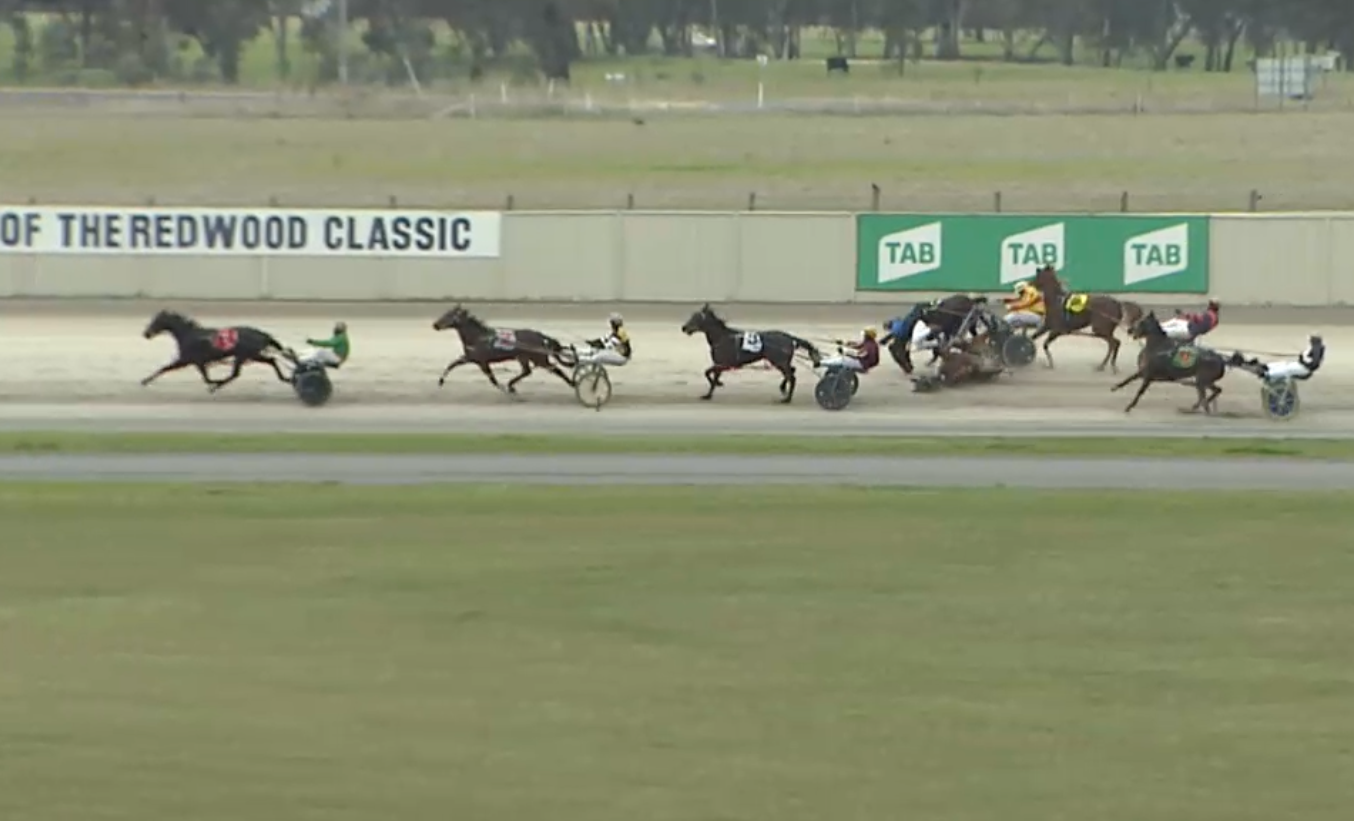 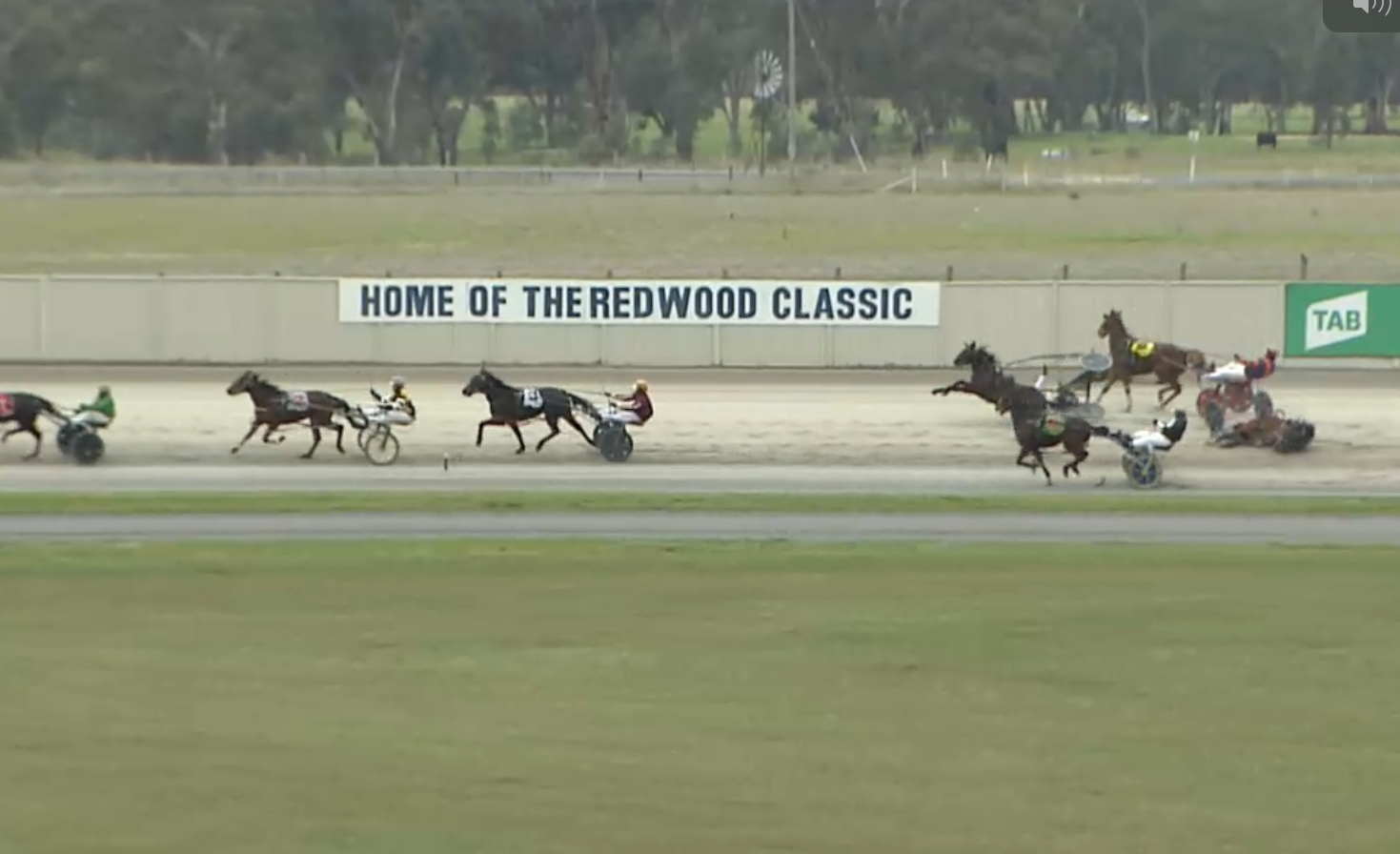 By Terry Gange for Harnesslink