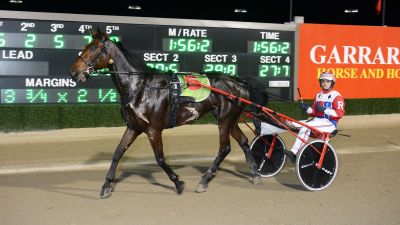 It is safe to say he knows what it takes to win at the spacious 1400m circuit after claiming some of Australia’s major races there.

When it came to his trotting mare Aldebaran Crescent making her debut at Menangle tonight after 37 starts, the daughter was safe under Aiken’s guidance.

So much so, the daughter of Majestic Son cruised to an effortless victory in the Group 3 Up And Quick @ Trump Bloodstock La Coocaracha (1609m). 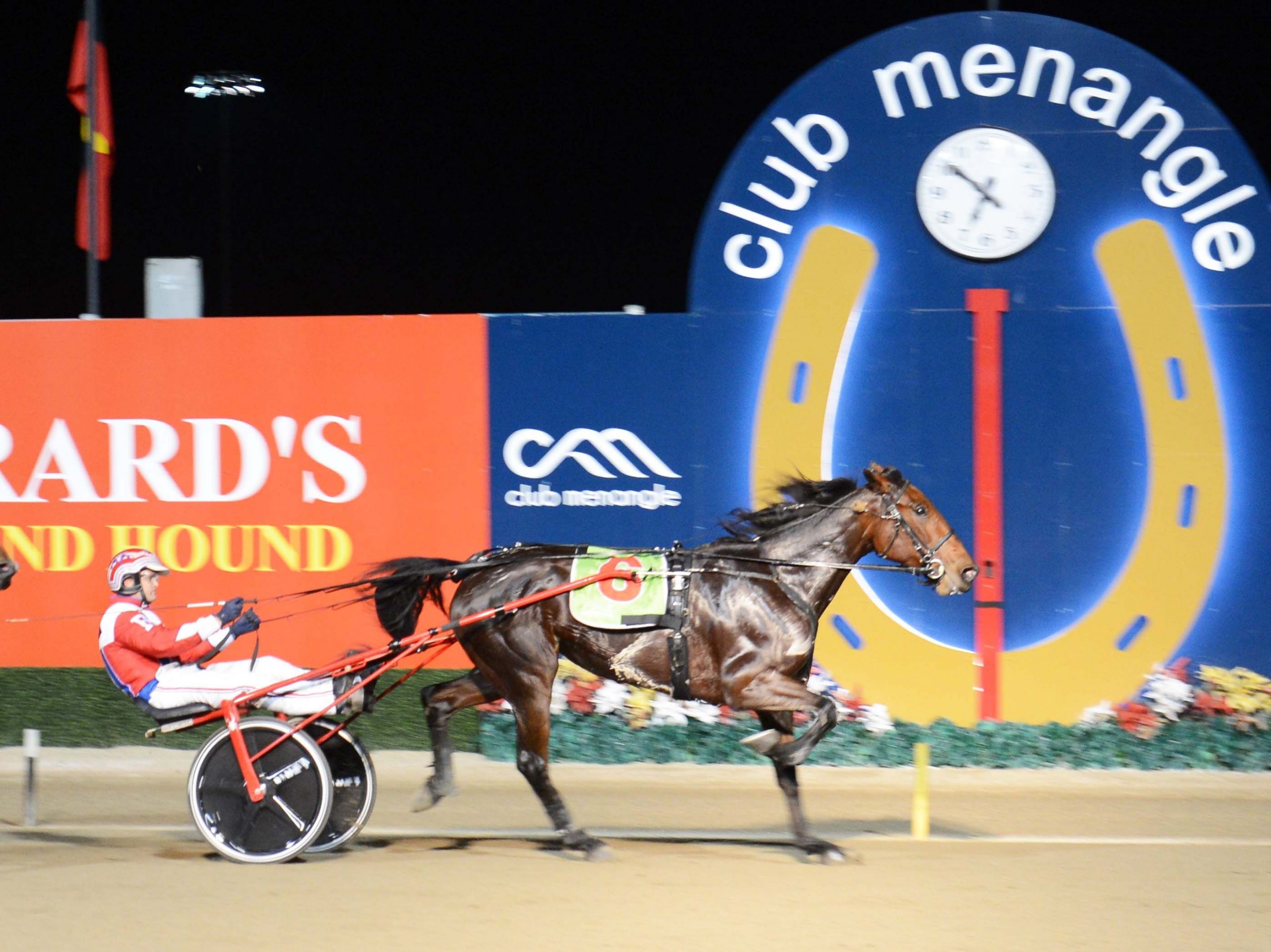 Driven by James Rattray, who has won the Inter Dominion and Miracle Mile at Menangle, Aldebaran Crescent raced outside the leader most of the way to rate a personal best 1:56.3.

The favourite Monaro Mia missed the start as Aldebaran Crescent worked three-wide before settling outside the leader, Peregrine Phoenix.

With the first two quarters clocked in 28.3 and 30.5 seconds, the third quarter of 29.8 secured the victory for Aldebaran Crescent.

All she had to do was sprint up the long straight 27.7 to record win number 11.

He has also won some of Australasia’s biggest races there such as the 2017 Miracle Mile with Lennytheshark and the 2016 Len Smith Mile with Hectorjayjay.

Aiken had previously made his mark on the trot feature races at Menangle too, winning the Trotters Mile back-to-back in 2019 and 2020 with Big Jack Hammer.

By Amanda Rando for Hanesslink