Breeding authority Peter Wharton presents all the harness racing news on breeding from Australia, New Zealand and North America every week brought to you by Garrard’s Horse & Hound. 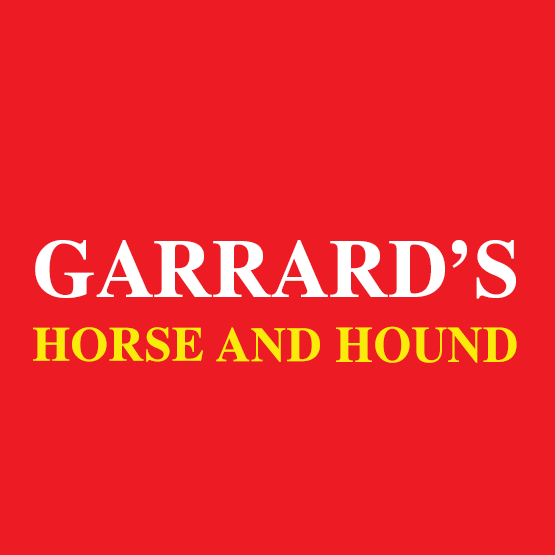 The two latest qualifiers for the Inter Dominion are the A Rocknroll Dance gelding Whereyabinboppin and Rock N Roll Doo, who won the Kilmore Pacing Cup.

Whereyabinboppin, who has won three Group races on end at Menangle recently, is a lightly raced gelding with considerable potential.

Bred and part-owned by Wagga enthusiast Troy Saddler, he is a six-year-old by A Rocknroll Dance from Whereyawheeliebin, by Modern Art (millionaire son of Artsplace) from Dynasty Bound, by Fortitude Hanover (grandson of Most Happy Fella) from Devoted To You, by Tarport Bill – a pedigree with some real background with a strong staying influence behind it.

The family, which traces to the Huon Junior mare May C, produced a champion juvenile in Three Stooges, who won 17 races including the Bathurst Gold Crown and NSW Breeders Plate.

Major Crocker has joined the growing list of ‘down under’ bred horses to achieve the magical $1 million in stake earnings in America. He reached the milestone when he was successful in a $17,500 race at Yonkers Raceway, New York last Saturday.

Bred by Gary Crocker, Major Crocker was gotten by Art Major from Aratusa Lass, by D M Dilinger from Fanciful, by the Garry Rowan horse Classic Garry, a WA Golden Nugget winner and one of the most successful colonial bred stallions ever to stand in this country.

Aratusa Lass, a triple Moonee Valley winner, has left eight winners from eight foals of racing age, including seven in 2:00 and three $100,000 earners. One of her offspring, the Somebeachsomewhere two-year-old Eve Crocker, captured a heat of the NSW Breeders Challenge in 1:55.8 at the Menangle midweek meeting.

Captain Ravishing is proving himself a three-year-old of some worth in Victoria and over the spring he numbered the Reg Withers Classic at Kilmore among his successes, beating a very good three-year-old in Interest Free (by Art Major) and Simply Sam (by American Ideal). His mile rating of 1:54.6 for 2180 metres from behind the mobile sliced 1.4 seconds off the existing track record.

Captain Ravishing was an Australian Pacing Gold purchase in 2020 at Sydney, and is a colt by the Somebeachsomewhere horse Captaintreacherous from Ravishing Girl, by Sportswriter from Ravaged, a sister to the Group 2 winner Fourwing Sweepa and a half-sister to Prince Benji, who won 33 races.

Big Wheels, a son of the American sire A Rocknroll Dance, now at the stud in Queensland, has been one of the stars of the spring racing at Albion Park.

He has won four of his last five starts including a lifetime best 1:52.1 rate over 1660 metres from behind the mobile barrier.

Big Wheels is a member of the same family as an earlier top Kiwi pacer in Viking Water, who won 12 races in NZ including the Southland Challenge and Smithson Handicap at Addington. He later won in Free-for-all company at Harold Park.

Big Wheels is by A Rocknroll Dance from Washington Lass (1:55.6), by Washington VC, a Presidential Ball horse closely related to the dual US Breeders Crown champion Perfect Sting, the millionairess Rock N Soul and the successful sire Dexter Nukes.

Washington Lass, a Menangle and Albion Park winner, was out of Supreme Duchess, an unraced mare and by Son Of Afella from Sparkle Bret, a mare by Knowing Bret and tracing to the taproot Red Diamond.

A placegetter in the NSW Breeders Challenge Final as a two-year-old last season, My Ultimate Ronnie downed the top three-year-olds in the Group 3 APG Gold Sovereign at Menangle, including a top ranking three-year-old in Muscle Bart, who finished third.

Gifted Bliss, a thrice Menangle winner, is also the dam of Little Bliss 1:52 ($117,318), who won four races at Menangle during the winter.

A Sweet Lou half-sister to My Ultimate Ronnie and Little Bliss was knocked down for $25,000 at the APG Sydney sale in March.

The Group 2 Kilmore Trotters Cup, one of the features of the Country Cups circuit in Victoria, was won by Just Believe, a gelding by Orlando Vici from the American-bred Heavens Above.

Orlando Vici, a member of a dominant European sire line, has been of one of Australia’s top percentage sires of trotters in recent years, and has been one of the most successful French-bred trotters in this field for some time.

He has sired such winners as Brandlo Prince, a winner of 14 races and a Group winner, Ollivici (undefeated in six starts this season), the Need For Speed winner Cravache Dor, Adelle and Xebec (NSW Trotters Derby).

Heavens Above, the dam of Just Believe, was by Like A Prayer, who also distinguished himself as a sire of trotters, from Armbro Odalisk, by Super Pleasure (son of Super Bowl) from Armbro Harem, a daughter of the USA and Canadian 2YO Trotting Filly of the Year Armbro Blush.

This has been a most successful family, as Armbro Blush, a multiple Stakes winner, was the dam of a top Canadian trotter in Armbro Leader and the dam of the millionaires Windsong Soprano.

Top filly by Bling It On

The Bling It On three-year-old filly Madrid firmly established herself in the top bracket among her age and sex when she won the $30,600 APG Gold Sovereign at Menangle.

Earlier in the season she won heats of the APG Gold Bullion and Bathurst Gold Bracelet and finished runner-up in the NSW Oaks and Raith Memorial and from 16 lifetime starts she has won 10 with four placings for $224,075 in stakes.

Bred by Canberra horseman Frank O’Sullivan, Madrid is by the American Ideal horse Bling It On from Lillylane, who took a record of 1:58.7. She produced an earlier winner in Miss Peudiepie (1:55.9).

This is a long established Australian family whose members include the standout pacers Norm’s Daughter, Just Too Good, Uncle Joe, Ozvarin and Walla Walla.

There a close ‘down under’ breeding links to the winner of North America’s famed Little Brown Jug, the Downbytheseaside gelding Bythemissal.

Apart from being by Downbytheseaside, and one of the second crop of the Somebeachsomewhere horse who stands at Woodlands Stud in New Zealand, the three-year-old is out of a mare by Western Terror, who stood several stints at the stud in Victoria.

Lady Hathaway, the third dam of the Jug winner, ranks as the dam of Royal Mattjesty, who was also at the stud in Victoria.

Furthermore, Bythemissal’s fourth dam, Sable Hanover, figures as the dam of the outstanding NSW racemare of the 1990’s in Sabilize, a dual winner of the NSW Ladyship Mile and a placegetter in a Miracle Mile, and to Sablevision, a Group winning sire in NZ.

Bythemissal carries a double strain of the blood of Matt’s Scooter and No Nukes, two of America’s most influential sires.

Elysian Jay, who won a heat of the Vicbred Platinum Home Grown Classic at Bendigo, is a two-year-old filly who can claim some worthwhile blood.

By American Ideal, she is out of the Art Major mare Beninjurd, whose dam, My Liberty Belle, ranked as the dam of the top colt pacer and Breeders Crown champion Philadelphia Man.

Beninjurd, who was unraced, left the thrice Group 1 winning filly Tough Tilly, former 2YO Colt of the Year Centenario, Lightning Dan and Somedan, all pacers of some worth.

by Peter Wharton, for Harnesslink