Where to next for Aussie feature races?

Harness racing’s TAB Constellations Carnival in Queensland has officially come to an end, so where to next? 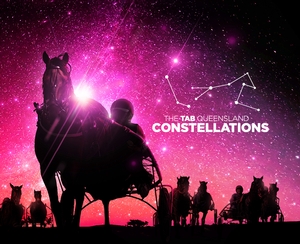 The first half of the year has been jam-packed, with all states holding major race meetings as border-hopping has come back into the fray to add further intrigue.

Despite this, the back end of 2022 could be even more frenetic.

The Queensland breeding industry will be highlighted in a new time slot this year, with ‘Q Stars’ night to take centre stage on August 20 at Albion Park.

Pushed back with the change of season now in full operation, four $100,000 Group 1s for two and three-year-old Queensland-bred pacers (split by sex) will be run.

August will also see the Diamond and Pearl Classics for Western Australia’s juveniles at Group 1 level, while the inaugural Nutrien Sales Series Finals of $175,000 a piece will be staged at the end of the month.

Western Australia’s top-class two-year-olds will have their opportunities to race for enormous stakes throughout September, highlighted by the $225,000 Westbred Classics as well as the $125,000 Golden Slipper later in the month.

The New South Wales Breeders Challenge series will again take a regional feel, with heats for the two and three-year-old divisions starting around the state in September.

Victoria will hold much of the spotlight for the back end of 2022 and that begins with the Country Cups circuit revving up through September. The Grand Circuit again picks up with the $300,000 Victoria Cup meeting, which will also encompass the Victoria Oaks and Derby on October 8.

What a treat we could be in for should the likes of Catch A Wave, Akuta and Leap To Fame all come together at Melton.

One of the few open class Group 1s for pacing mares will also be run at the end of October with the Queen Of The Pacific.

The major Breeders Challenge series will come to a crescendo on October 29 with Group 1 finals for the two, three and four-year-old pacers, alongside the speed test for the open class in the Len Smith Mile.

The ever-popular all trotter’s day at Maryborough on October 30 will be another highlight and include the Redwood Classic and the Victoria Trotters Derby.

The WA Derby is quite simply a “good horses” race and another edition of the $200,000 feature will kick-off November.

Here’s hoping that some Aussies can represent in the Kiwi’s holy grail this year, with the New Zealand Trotting Cup to again take place on the second Tuesday in November.

Queensland will host its summer carnival, which will include the second running of the Peak Of The Creek series. Runners are required to start in heats Thursday before a $50,000 Saturday night final.

The Breeders Crown has long been a Trans-Tasman Grand Final and hopefully it can return to such battles this year with Super Saturday encompassing the best young horses from across Australasia on November 19.

The Inter Dominion series also kicks off with the first round of heats at Ballarat on November 26 before the show rolls on to Shepparton on November 29.

Victoria will hold sway at the end of the year with the Inter Dominion Grand Finals to be run at Melton on December 10.

The west’s best four-year-olds will battle it out for the $200,000 Golden Nugget on December 16 also.

As usual, the Vicbred Super Series deciders will see out the year with a bang. A bumper night of Group 1 action on New Year’s Eve pulls the curtain down on the racing season.

Sky Racing will be bringing you all the harness racing highlights for the remainder of 2022 across its channels, as well as extended coverage of all the feature races on Sky Racing Active and associated social pages.

by Brittany Graham, for Sky Racing