Standardbred Canada reports that the regular harness racing season is officially in the rear-view mirror for the brightest stars in the Ontario Sires Stakes program as they get set to do battle in eight Super Finals events this Saturday evening at Woodbine Mohawk Park. 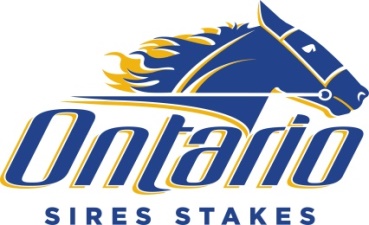 The rich night will dole out $1.8 million in purses to the most gifted competitors from the Gold level of the provincial program.

Trainer Nick Gallucci and owner/breeder Millar Farms appear to have a stranglehold on this division thanks to the talented twosome of Prohibition Legal and Silver Label. Between the two of them, the fillies have a combined 13 wins from 15 starts and earnings in excess of $730,000.

Prohibition Legal suffered her only defeat to Niki Hill in the $500,500 Shes A Great Lady on September 25. She recently bounced back from that loss and posted a solid score in a rich OSS Gold division at Mohawk Park on October 2. James MacDonald is scheduled to depart from Post 7 with the daughter of Big Jim-Catch A Wish.

Silver Label suffered her lone defeat of the season to stablemate Prohibition Legal in that $157,200 OSS Gold Series division on October 2. Prior to that loss the daughter of Bettors Delight-Hidden Gem was perfect in her first six attempts. She’ll try to add to her $285,476 bankroll from Post 3 with Sylvain Filion at the lines for the second straight start.

Daughters of Muscle Mass have shone brightly in this division in 2021, with Adare Castle leading the charge for veteran trainer Mark Etsell. The filly has racked up more than $373,000 so far this season thanks to a glowing record of 6-2-0 from just eight assignments. She enters the Super Final following a dominant score in a $100,600 OSS Gold Series event at Mohawk Park on October 4. She will depart from Post 8 for driver James MacDonald on Saturday evening.

Mischevious Rose has lacked the consistency of Adare Castle, but she’s flashed high speed on more than one occasion for trainer Luc Blais and owner Serge Godin’s Determination Stable. Bob McClure will be paired up with that filly from Post 7.

It could be another battle between Bettors Delight fillies in this Super Final as Scarlett Hanover and Voelz Delight enter the rich tilt with a lot of similarities – speed, wins and high earnings.

Scarlett Hanover boasts a 5-for-12 record this year along with earning of more than $313,000. Combined with her rookie bankroll, she’ll go postward with in excess of $763,000 on her resume. Ashleigh Hensley trains the sophomore who is scheduled to leave from Post 1 for driver Ed Hensley.

Voelz Delight also has five wins racked up this season, and her seasonal earnings recently surpassed $300,000 for trainer Ben Baillargeon. The seven-time winner has banked more than $473,000 to date for owner/breeder Richard Berthiaume of Quebec. Once again, it will be Sylvain Filion paired up with the filly who has drawn Post 8.

A pair of five-time winners this season figure to get the bulk of the betting support in this division starting with the Goodtime champ, Fashion Frenzie, who starts from Post 9 for driver Louis-Philippe Roy. The Richard Moreau trainee has more than doubled his rookie earnings thanks to a $412,000 sophomore campaign. The 10-time winner has only missed the board three times this season from 11 opportunities.

Logan Park got the better of Fashion Frenzie in their latest encounter – the $155,600 OSS Gold Series from October 4 at Mohawk Park. James MacDonald picked up the catch-drive that night and he managed to post the 8-1 upset with the son of Archangel-Rite Outa The Park. MacDonald will depart from Post 9 with the Rob Fellows trainee this Saturday.

Stonebridge Helios has never been worse than second in six career starts, and he’s drawn Post 1 for Saturday’s final for the tandem of driver Bob McClure and trainer John Pentland. The strapping son of Sunshine Beach-Ken Doll J powered to a 1:52.1 triumph in the $213,170 Champlain Stake on September 11, and recently resurfaced to win a qualifier at Mohawk Park in a time of 1:53.1 on the morning of October 5.

Erinwood Yves turned in a record-setting performance of 1:53.1 in his $99,000 OSS Gold Series division at Flamboro Downs on October 3 in monsoon-like conditions. Louis-Philippe Roy guided the son of State Treasurer-Zayra Bayama to that victory, and he’ll have Post 2 to work from this Saturday with the Gabby Sasso trainee who has yet to miss the board from six attempts this season.

Duly Resolved has enjoyed a brilliant rookie season for trainer John Bax, and the son of Resolve-Motown Muscle has drawn Post 1 in his quest to add to a bankroll that sits at $567,409. Fresh off of his second-place finish in the Mohawk Million, the gelding will take aim at his sixth win of the year. Paul MacDonell will be paired up with the youngster who has yet to finish worse than second in nine tries.

Twin B Archie is another juvenile that has managed to rack up solid stats this season for his trainer Scott McEneny. The son of Archangel-Affair Hall owns a 3-3-1 record from nine attempts in addition to a bankroll that hovers just North of $170,000. James MacDonald is scheduled to depart from Post 4 with the gelding.

The Glamour Boy division lacks quantity with just a short field of six going postward, but it certainly doesn’t lack quality thanks to the trio of Desperate Man, Bulldog Hanover and Powertrain.

Desperate Man, the winner of this year’s Pepsi North America Cup, has suffered back-to-back defeats since winning that million dollar event for trainer Kathy Cecchin and driver Trevor Henry. The son of Shadow Play-Dreamlands Latte will start from Post 5 in Saturday’s rich affair.

Bulldog Hanover, the beaten favourite in the Pepsi North America Cup, has drawn Post 3 for the duo of driver Jody Jamieson and trainer Jack Darling. The son of Shadow Play-BJs Squall was a fast-closing second in a recent OSS Gold division at Mohawk Park. He’s won six of 10 this season.

Powertrain struggled with some breaking issues earlier this summer, but he enters the Super Final after celebrating back-to-back wins for trainer Nick Gallucci and driver Sylvain Filion. The son of Shadow Play-Mmillion Blue Chip scored in 1:48.2 two starts ago in a three-year-old overnight event and has since come back to take down an OSS Gold division in 1:49.3 for owner/breeder Millar Farms.

HP Mama B will shoot for her seventh win of the season as she takes on eight other foes in the Super Final. She’s scheduled to depart from Post 8 for driver Sylvain Filion, who watched her fire home in :27.1 in a recent qualifier after missing a bit of time for trainer Ben Baillargeon. The daughter of Royalty For Life-Winters Jewel has banked over $250,000 this year and more than $333,000 to date.

Imextraspecial has multiple OSS Gold Series scores on her resume this season, but her form has slid just a bit late in the season for trainer Paul Walker. The daughter of Muscle Mass-I Am Special gets Post 2 to work from for driver Trevor Henry, who has helped her assemble a 4-3-1 record from 11 starts this season.