January 28, 2021 – The world’s 18 best currently harness racing trotteurs will contest Sunday’s Gr. I International Prix d’Amerique at Paris-Vincennes, vying for the 1,000,000€ purse and racing over the grande piste 2700 meters.

15 horses will race shoeless and only Feliciano, Billie de Montfort, Gu d’Heripre and Chica de Joudes will race with shoes on behind.

There are two five-year olds in the mix, those being recent winners Power (by Googoo Gaagaa) and Gu d’Heripre (by Coktail Jet).

There are five mares in the field and two entrants with race records below 1.09.0kr (Vivid Wise As and Bahia Quesnot, last week’s Prix de Cornulier winner).

Among the trainers, Jean Michel Bazire will send out four, Sebastien Guarato has three entrants including the likely favorite Face Time Bourbon, and Pierre Vercruysse has two.

Racing action on Sunday begins at 12:25 local time in Paris with the Prix d’Amerique scheduled for 15:15 (9:15am eastern USA time).

There are seven other groupe level events on the racing program including the Prix Bold Eagle for five-year olds, that will have trainer Jerry Riordan’s Aetos Kronos at the start. 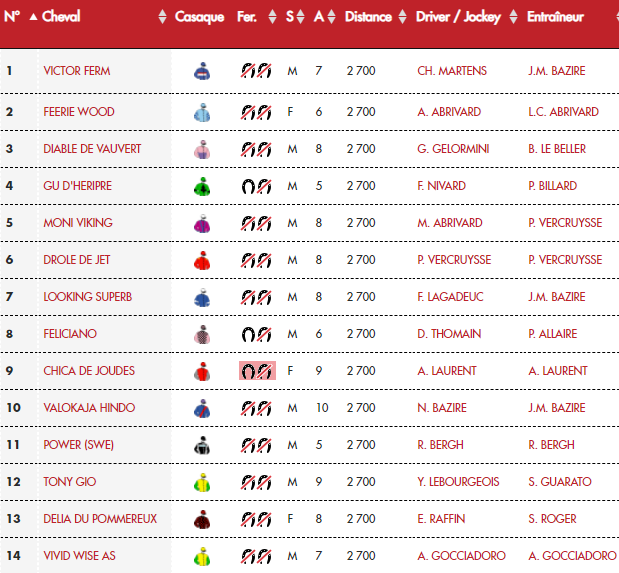 Today began the Prix d’Amerique mixed sale conducted by Arqana-Trot and this year held at Deauville due to Covid 19 restrictions in the Paris area.

Below is a list of the top six lots sold.

The sale topper, Fairy White, is a six-year old mare due March 11 to the cover of Face Time Bourbon and with a 2021 breeding to Ready Cash. 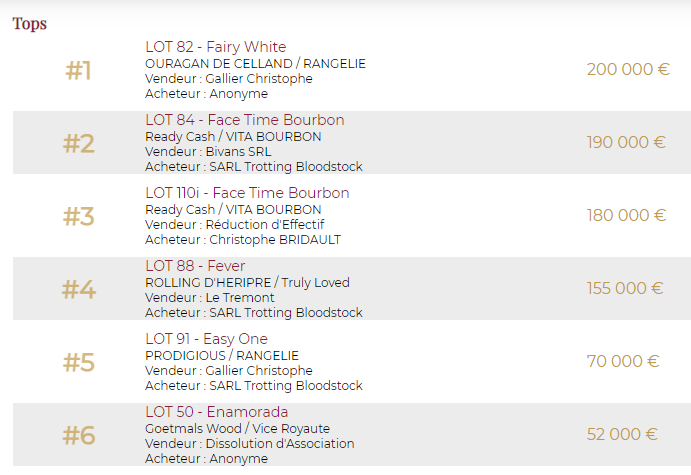 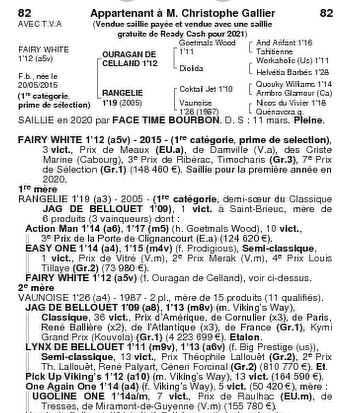 What The Hill yearlings have wow factor