The Honey Queen on a path to Addington 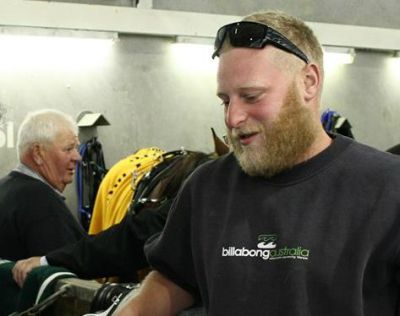 Progressive filly The Honey Queen will be out to continue her burgeoning form line when she contests the Nevele R Filles Series Heat 5 Mobile Pace (1700m) at Cambridge Raceway on Thursday.

The daughter of Group One-winning mare Tosti has won three of her nine starts to date, and placed in two others, including a runner-up effort in the Gr.1 Northern Oaks (2700m) two starts back.

She subsequently went on to post her third win at Alexandra Park last start and trainers Brian and Gareth Hughes have been pleased with her progress.

“She has come through her last race well and she seems well in herself,” Gareth Hughes said.

“She is coming along quite nicely, she keeps improving.

“It was an awesome run in the Oaks to finish second and her next start, where she won, she went well again for (driver) Tony Cameron.

“I am very happy with the way she is going.”

The Honey Queen has drawn the outside in the seven-horse field on Thursday, but Hughes is hoping her class will prevail.

“It always makes it a bit tougher when you draw out wide down there,” he said. “She is a class filly and hopefully she can overcome it.”

All going to plan, The Honey Queen is on a path towards Addington Raceway next month for the Gr.1 Nevele R Fillies Series Final on May 14, and the Gr.1 The Breeders NZ Oaks a week later.

“She is nominated for the Oaks down south and that would be the sort of races will be looking at after tomorrow, all going well,” Hughes said.

The Ardmore stable will also be represented on Thursday by Nudist Beach in the IRT. Your Horse. Our Passion Mobile Pace (2200m).

The son of Sunshine Beach has been freshened since his sixth-placing at Cambridge last month and Hughes is hoping for an improved performance.

“He had a little freshen-up after his last run,” Hughes said. “He has drawn six, which makes it a bit tougher, but he always puts his best foot forward for us, although sometimes you need a bit of luck.”