The Art of the Trotter with Nancy Takter 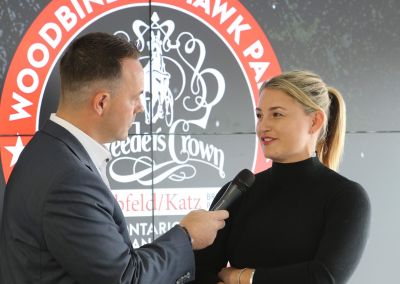 One of Standardbred racing’s most accomplished and decorated trainers isn’t one to leave all the challenges to her horses.

Having already built a reputation as a producer of primetime pacers, a list that includes Tall Dark Stranger, Kissin In The Sand, Always A Miki, and Captain Crunch, just to name a handful, Takter, who also campaigns trotting titans Manchego, and Sorella, is bolstering her band by introducing more trotters into the fold.

With a notable number of trotters now under her care – the most she’s ever had in her career to date – the winner of 410 career races is busier than ever.

Not that she’s complaining.

“In the past, I didn’t have a big group of higher-end trotters that I do now,” said Takter, the Dan Patch Trainer of the Year award winner in 2020. “Bad trotters are really tough to train, but good trotters, they are amazing to train. I’m appreciative to have the opportunity to train these horses and to get them prepared for their racing careers.”

Orchestrating the development and consistent performances of a trotter demands a broad skillset and a patient hand.

From the constant tinkering of equipment, to transferring lessons learned from training over to race night, to finding ways to lower times while keeping the horse flat, endeavoring to find the winning trot formula is hardly an easy undertaking.

“With trotters, their gait is obviously more difficult than a pacer’s – you put hobbles on them and they pace, generally. As far as trotters go, it’s a lot more of a fine line getting them gaited and getting extra seconds out of them. A shoe change can completely change your trotter, where if you’re going from aluminum to steel, or vice-versa, on a pacer, you might change the horse a little bit, but you’re not going to have that much of a drastic difference. The gait of a trotter, timing is just so much important. You have to find the exact key that fits each particular horse. If they aren’t relaxed with themselves they can get into interfering and causing more problems for themselves. There are a lot of small pieces that have to come together more so training a trotter than it does a pacer.” 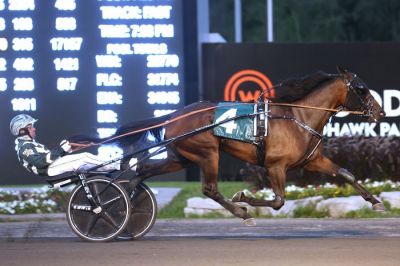 An accomplished bay daughter of Muscle Hill, trained by Takter, is a prime example of the precision required for trotting success.

“If you look at a horse like Sorella, she wore four or five different shoes last year and she won the Hambletonian Oaks with no shoes. The horses change throughout the season and you need to adapt your methods constantly. They develop and get stronger over the year and you’re going to want to find more speed. It’s a constant tinkering game with the trotters. You could win an elimination or do well, but the next week, you need to find another gear and that extra fifth of a second. That fifth of a second could mean a major difference between whether you win or not.”

So, does all of that multi-layered, labor-intensive effort, make Takter part scientist, engineer and mathematician?

“Training horses isn’t a science. I think people want it to be a science, but I think it’s more of an art form.”

Fortunately for Takter, access to one of the sport’s masters is just a phone call away.

“If we’re going to go with the art theme of training, the greatest artist ever is probably my dad [legendary trainer Jimmy Takter]. I think what made him so great at what he did is that he was able to find out the timing and the key for each individual horse. He always tell me, ‘Don’t just settle and be happy with how it is.’ That’s great advice.”

Advice she will be sure draw upon when working with her expanded group of trotters.

“There are so many variables. Very rarely do you see a pacing race at a high level where horses make breaks. Occasionally, it will happen in a trot race. Whether it’s because they’re anxious or something happens leaving the gate… you do see those things occur. So, any success you have with a trotter is a little bit more fulfilling.”

A first win in the prestigious $600,000 Maple Leaf Trot, slated for September 4 at Woodbine Mohawk Park, would certainly be fulfilling for Takter.

“That would be great. I think we have a couple shots this year. Maybe we can get it done.”