TVG to be last start for Dan Patch champions 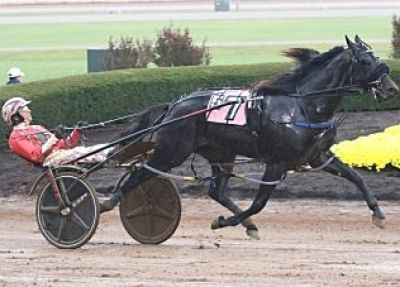 Harness racing will say goodbye to three Dan Patch Award winners following Saturday’s TVG Series championships at The Meadowlands. Bettor’s Wish, Kissin In The Sand, and Manchego will be retired to breeding duties after their careers conclude this weekend and each will be honored in ceremonies following their respective races at The Big M.

Bettor’s Wish, a 4-year-old stallion, received the Dan Patch Award for best 3-year-old male pacer in 2019 and was second to mare Shartin N in voting for both Pacer of the Year and Horse of the Year. He led the sport with $1.64 million in purses last year and has earned $2.43 million lifetime.

The son of Bettor’s Delight-Lifetime Star heads to Saturday’s $340,000 TVG Series Open Pace championship the winner of 23 of 43 lifetime starts. He has failed to finish among the top three only three times in his career.

“I’m going to miss him,” said trainer Chris Ryder, who owns Bettor’s Wish with Bella Racing, Fair Island Farm, and Bettors Wish Partners. “He’s going to be near impossible to replace. It’s hard to find a horse that can do what he’s done, and he just takes it all in stride. When you look back, it’s been a terrific run. You really appreciate having a horse that can do all he did.”

“Winning the McKee was very special to me,” said Ryder, who noted at the time, “It’s hard to describe. It’s an honor to win it for Sam. I hope he’s looking down on us today.”

Bettor’s Wish bred 58 mares in New Jersey this year before beginning his 4-year-old campaign. He will stand at Diamond Creek Farm of Pennsylvania in 2021.

Ryder gave credit to caretaker Alonso Martinez, second trainer Peter Trebotica, and his son Patrick Ryder, for playing key roles in the horse’s success. He also thanked his ownership partners and regular driver Dexter Dunn as well as trainer Chantal Mitchell and driver Paul MacDonell, who campaigned the horse for him in Canada at 2.

“Most of all, thank you Bettor’s Wish,” Ryder said. “He was such an exciting and tough racehorse for all of us to enjoy, consistently giving 100 percent on the track. We will all miss this amazing horse.”

Kissin In The Sand was a Dan Patch Award winner at age 3. The now 5-year-old mare enters Saturday’s $150,000 TVG Series championship for female pacers with 26 career wins in 57 starts and $1.66 million in purses. 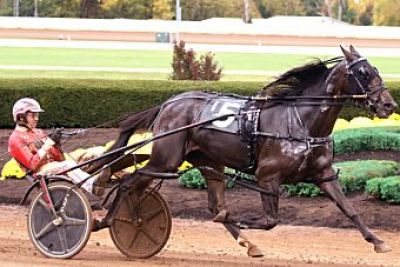 A daughter of Somebeachsomewhere-Kiss Me Kate, she has been trained throughout her career by Nancy Takter and owned by Marvin Katz and Bud Hatfield.

“It’s been exciting,” Hatfield said. “We all have had so much fun with this horse, it’s unbelievable. But it’s time to start another chapter in her life. It’s time for the breeding shed, and I think she’ll be a good mom.”

Kissin In The Sand brings a six-race win streak to her career finale. Among those victories was her first Breeders Crown as well as the Dayton Distaff Derby, Milton Stakes, and Allerage Farms Mare Pace.

Hatfield said Kissin In The Sand’s determination was what he most admired about the horse. That grit was perhaps most famously on display in the 2018 James M. Lynch Memorial at The Downs at Mohegan Sun Pocono, where she won by a neck over Youaremycandygirl after being parked out from post nine for most of the mile.

“Even if she had a bad post, she would come out of there rolling, get parked, and keep digging in,” Hatfield said. “She showed so much heart and grit.

“Nancy has done a heck of a job with her. They have a special bond, they really do. She loves that horse. She’s a special horse and I think she will be a special broodmare.”

A daughter of Muscle Hill-Secret Magic, Manchego has won 32 of 55 lifetime races and earned $2.56 million. Her victories include the 2018 Hambletonian Oaks and Breeders Crown titles at ages 2, 4, and 5. 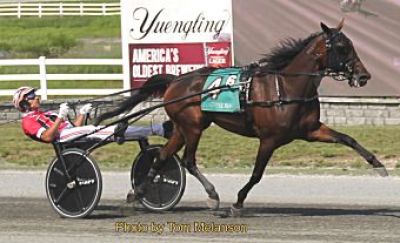 Manchego went undefeated in 12 races at age 2 and received divisional Dan Patch honors. She was trained by Jimmy Takter at ages 2 and 3 and by Nancy Takter at 4 and 5.

“For me, that (TVG) will be a rough one because it’s been so wonderful, and I do like to race,” owner Barry Guariglia of Black Horse Racing said. “It’ll be a rough one, but the start of a new chapter for her.

“She seems to be in good form, so hopefully we’ve got one more (win) in us.”

The Meadowlands hosts four TVG Series championships Saturday as well as the Fall Four for 2-year-olds.