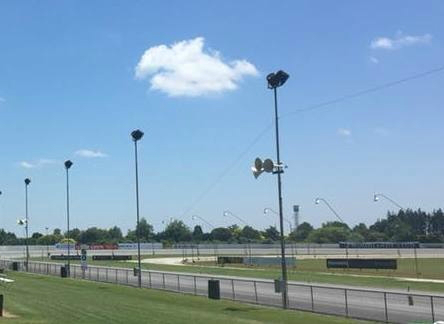 Peter and Vaughan Blanchard are hoping a couple of their stable runners will clear maiden ranks this week.

The father-and-son training duo will head to Cambridge Raceway on Thursday with Harvey Specter and Skyzclearnsunny and they believe both runners are capable of scoring their first wins.

Four-year-old gelding Harvey Specter will contest the Mitre 10 Cambridge Mobile Pace (2200m) where he will be driven by Todd Macfarlane from gate three.

The 22-start maiden has finally started to hit his straps, placing in his last two starts, and his connections are hoping he can finally breakthrough for that maiden win on Thursday.

“He is pretty consistent,” Vaughan Blanchard said. “It is a good draw, so hopefully he gets a bit of luck and things pan out well for him.”

Later on the card, Skyzclearnsunny will be out to go one better than her last start runner-up effort when she lines-up in the On Site NZMCA Parking @ Cambridge Raceway Mobile Trot (2200m).

“She is in a mobile, which she has already placed in before,” Blanchard said. “Her run last week was good and she seems really well. Hopefully she has good manners on Thursday.”

The Pukekohe barn will also take a handful of runners to Alexandra Park on Friday.

Promising trotter Cyclone Lebron has started his racing career in the right fashion, placing in both of his starts to date, and he will attempt to gain his first scalp in the Book Now for Mid-Winter Christmas At Alex Park Trot (2200m).

“His first couple of runs have been pretty good. If he brings his manners he will be thereabouts,” Blanchard said.

The Blanchard’s will have a two-pronged attack in the Blues Rugby Mobile Pace (2200m) with Je T’Aime and Joshua Richard.

Je T’Aime takes a runner-up result into Friday, while Blanchard is expecting Joshua Richard to improve with his third run in 16 months.

“Joshua Richard’s first two runs for us were really good,” he said. “It is a shame about the draw (8). He has only had two raceday starts over 16 months, so whatever he does this week he will improve on.

“He was previously with Todd Macfarlane and it was nothing serious, but every time they got him close (to the races) something would go wrong. They had a run of bad luck with him.

“He is now a little older, and more mature, and seems in a really good headspace.

“He is a horse to follow in the future.”

“Je T’Aime’s run last start was good. We feel like she is as good if not better than last time. She will need luck, but she is working pretty well.”

Blanchard’s Auckland quartet will be completed by Satchmo in the Drag Bingo 3 June @ The Alex Mobile Pace (2200m).

“He is probably the most improved horse in our barn. His last two starts have been very good. We clocked him 26.9 home last start,” Blanchard said.

“It is a tricky wee field, but if the tempo is on I expect him to be right in it.”

Owen's on the right track